​Marisa Buchheit is an operatic soprano who has performed in critically acclaimed productions around the world.  She sings in twelve languages, including those of her own ethnic heritage: Thai, Chinese, and German. She studied vocal performance at the Cleveland Institute of Music where she graduated with Academic Honors and served as President of Mu Phi Epsilon Music Fraternity. She recently completed her Master's Degree in opera at DePaul University with Academic Distinction.

Marisa recently performed the title role in the American Premiere of Paul Abraham’s operetta The Flower of Hawaii with Folks Operetta, where she was touted for her “bell-clear coloratura” being “ideally complemented by her stylish beauty in the role of Princess Laia/Suzanne” (PBS Chicago). Other recent performances include concerts and fully staged operas in the United States, Italy, France, Austria, and Thailand. Roles performed include Queen of the Night in The Magic Flute, Susanna in The Marriage of Figaro, Zerlina in Don Govanni, Ying-Ying in the National Premier Tour of Romance of the Western Chamber, Julie in Carousel, and Mary Sunshine in Chicago with companies such as Wichita Grand Opera, American Chamber Opera, Carnegie Arts Center in Indiana, Tuscia Opera Festival, and the Case Western Footlighters in Ohio. She has also been a featured soloist with the Elgin and Peoria Symphony Orchestras every season since 2015. Marisa has sung the national anthem for the Chicago Cubs, Chicago Bulls, the Chicago Air & Water Show, and also for many charitable organizations.

​In 2014 Marisa won the title of Miss Illinois and represented the state with a year of extensive travel, performances and presentations at major events in her native Chicago and around the state. In the Miss Illinois competition she won the Grand Talent Award and the top scholarship award before later competing in ABC’s nationally televised Miss America 2015 broadcast.

Marisa is a frequent recitalist and featured soloist in the Community Chapter Concerts of the Lyric Opera of Chicago. An award winning artist, she was the LiPuma Memorial Scholarship Award in the Casa Italia Annual Vocal Competition and a finalist in the Classical Singer Vocal Competition. She is also co-founder of the soprano trio Très Belle, which performs regularly with Ravinia Festival’s Educational Outreach program and at venues throughout Illinois.

In addition to her busy performance schedule, Marisa is a voice, piano and guitar teacher and serves as Music Director at Concordia Lutheran Church. She is Founder and President of The Virtual Virtuoso, a boutique online music school that launched this year. 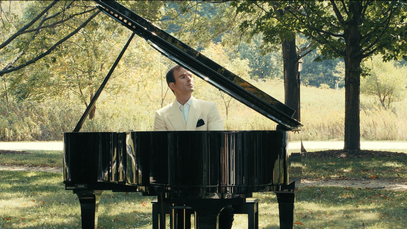 Vladimir Kulenovic, Conductor, Director of Music and Wellness
Distinguished as “Chicagoan of the Year in Classical Music” by the Chicago Tribune, Vladimir Kulenovic is among the finest conductors of his generation. Engagements include the symphonies of Chicago, San Francisco, Houston, Indianapolis, Utah, Omaha, Bonn, Leipzig, and Taipei; the national orchestras of France, Spain, Basque, and NAC/Canada; the philharmonic orchestras of Reutlingen, Malaysia, Minas Gerais, Slovenia and Zagreb, and festivals at Verbier, Aspen, Mozarteum, Cabrillo, Kuhmo and Round Top.
Vladimir has been Music Director of Lake Forest Symphony, Associate Conductor of the Utah Symphony, Resident Conductor of the Belgrade Philharmonic, and Principal Conductor of the Kyoto Festival.  Commercial discography includes CDs on the Cedille, Tōrō, and Slovenia-RTV labels.
A graduate of The Juilliard School, Vladimir was mentored by Kurt Masur. Awards include the Solti Conducting Award, Bruno Walter Award, and 2nd Prize at the Rubinstein Piano Competition in Paris. He was honored by the League of American Orchestras as a participant in the 2013 National Conducting Preview.
​

​Made possible thanks to support from: