SATURDAY APRIL 23
The Universe at an Exhibition
by Modest Mussorgsky

Visual art, science, and classical music come together in this concert and film experience, presented by Brushwood Center and KV 265, on April 23. The event showcases a film produced by Emmy-nominated astronomer and visual artist, Dr. José Francisco Salgado accompanied by an artistic concert experience featuring pianists Marta Aznavoorian and Daniel Schlosberg. Set to Mussorgsky’s original piano version of Pictures at an Exhibition, audiences are guided through virtual galleries of art-like images and science visualizations of the cosmos, including producer Dr. Salgado’s own astrophotography. Patrons are taken beyond the frames, as they travel inside these works of art, immersed into space, as they fly past Earth, planets, stars, black holes, and entire galaxies. The film features images from NASA’s Great Observatories (Hubble, Spitzer, and Chandra) and major ground observatories (eg, European Southern Observatory) as well as visualizations from NASA Goddard Space Flight Center and the National Center for Supercomputing Applications at the University of Illinois.
Audiences have the choice of attending a morning, youth and family session, with age appropriate activities and presentation to follow-- or an afternoon showing and lecture for Veterans and the general public. All concerts will be presented in a bilingual format (English and Spanish) and take place at The Christ Episcopal Church, Waukegan, IL.

“The nature of the images alternated between ersatz video graphics and breathtakingly real satellite shots; who could have imagined that Mussorgsky’s famous 1874 suite would be so ideally suited for both of them.” - Chicago Sun Times

LOCATION: The concerts will be performed at The Christ Episcopal Church at 410 Grand Avenue, Waukegan, IL 60085
​
TICKETS: Admission is free. Walk-ins welcome! Or, register in advance.
Register Here for April 23rd Concerts

ABOUT KV 265 - SCIENCE THROUGH ART:
Founded in 2010, KV 265 is a Chicago non-profit organization whose mission is to communicate science through music and visual arts-- achieved primarily through its Science & Symphony films and associated educational outreach. KV 265 has had 240 performances of its ten Science & Symphony productions, reaching 470,000 people. Four of their Science & Symphony works have been recognized by UNESCO for both their educational and production value. Additionally, the film, “The Planets” has been Ravinia Festival’s “One Score One Chicago” initiative. Again, this year KV 265 has worked with Ravinia Music Festival to create three Science & Symphony video education productions, reaching approximately 5,000 Chicago Public School students. Their works have been supported by the MacArthur Foundation, as well as the National Endowment for the Arts. Several orchestras present KV 265 films, including The Chicago Symphony Orchestra, Grant Park Orchestra, Chicago Sinfonietta, San Francisco Symphony, Boston Pops, National Symphony Orchestra, New World Symphony. Commissions include Grant Park Orchestra, Boston Pops, Pacific Symphony, and five collaborations with the Chicago Sinfonietta. For more information, visit kv265.org or call 312-565-1028.

​BIOGRAPHIES:
José Francisco Salgado, PhD
Astronomer and Visual Artist, Executive Director, KV 265
José Francisco Salgado is an astronomer (BS in Physics, Univ. of Puerto Rico; Ph.D. in Astronomy, Univ. of Michigan), Emmy-nominated visual artist, photographer, and public speaker who works to create multimedia works that communicate science in engaging ways. In his current role as the Executive Director of KV 265, Dr. Salgado collaborates with orchestras, composers, and musicians to create curiosity-provoking films that capture a sense of wonder about the Earth and the Universe. Prior to co-founding the non-profit science art education organization KV 265, Salgado worked as an astronomer at the Adler Planetarium in public outreach. He is a

Distinguished Alumnus for the University of Michigan Department of Astronomy and the College of Natural Sciences, University of Puerto Rico with the help of his work communicating science through the arts with KV 265. As an experimental photographer, Salgado has visited more than 30 scientific sites around the world: including the South Pole, the Atacama Desert, the French Pyrenees, and the South African Karoo. His work has contributed to documentaries produced for the History, Discovery, BBC, and National Geographic channels. As a prominent public speaker, he has presented in all seven continents, notably at The Amundsen-Scott South Pole Station, for NASA, as well as the Aspen Institute. His critically acclaimed Science & Symphony films have been featured with symphony orchestras and music festivals nationally and internationally, reaching 470,000 people.

Vladimir Kulenovic
Director of Music & Wellness, Brushwood Center
Distinguished as “Chicagoan of the Year in Classical Music” by the Chicago Tribune, Vladimir Kulenovic is among the finest conductors of his generation. Engagements include the symphonies of Chicago, San Francisco, Houston, Indianapolis, Utah, Omaha, Bonn, Leipzig, and Taipei; national orchestras of France, Spain, Basque, and NAC/Canada; philharmonic orchestras of Reutlingen, Malaysia, Minas Gerais, Slovenia, and Zagreb; as well as the Verbier, Aspen, Mozarteum, Cabrillo, Kuhmo and Round Top festivals. Vladimir has held several titles, like Music Director of Lake Forest Symphony, Associate Conductor of the Utah Symphony, Resident Conductor of the Belgrade Philharmonic, and Principal Conductor of the Kyoto Festival. He is also featured in commercial discography under the labels Cedille, Tōrō, and Slovenia-RTV. Kulenovic is a graduate of the Julliard School, where he received mentorship from highly regarded and decorated conductor Kurt Masur. Vladimir’s awards include the Solti Conducting Award, Bruno Walter Award, and 2nd Prize at the Rubinstein Piano Competition in Paris. Additionally, he was honored by the League of American Orchestras as a participant in the 2013 National Conducting Preview.

Marta Aznavoorian
“A Pianist of exceptionally finished technique and purity of musical impulse (Boston Globe).” Marta Aznavoorian has performed to critical acclaim throughout the world as orchestral soloist, recitalist, and chamber musician. A Chicago native, she has performed in her hometown’s most prestigious venues, and continues to tour extensively throughout the world. She made her professional debut at the age of thirteen, performing Mozart Piano Concerto No. 24 in C minor K.491 with the Chicago Symphony Orchestra in a four-concert series at Symphony Center. She went on to win over international audiences with performances as an orchestral soloist. Her appearances include the Sydney Symphony Orchestra, the Sydney Conservatory Orchestra, Chicago Symphony, Chicago Civic Orchestra, Aspen Festival Orchestra, San Angelo Symphony, San Diego Symphony, Northwest Indiana Symphony, and the New World Symphony resulting from a personal invitation from Michael Tilson Thomas, her conductor. Aznavoorian has worked with other renowned conductors such as the Late Sir George Solti, Lukas Foss, Henry Mazer, Francesco Milioto, and Kirk Muspratt. For her musical achievements, she has received awards like the top prize in the Stravinsky International Competition, where she was also lauded the special prize for best interpretation for the commissioned contemporary work. As a recipient of the 1990 Level 1 award in the National Foundation for the Arts Recognition and Talent search, Aznavoorian became a Presidential Scholar, and was invited to the White House and to perform as a soloist at the Kennedy Center in Washington, D.C. For more Information: https://music.depaul.edu/faculty-staff/faculty-a-z/Pages/marta-aznavoorian.aspx

Daniel Schlosberg
Daniel Schlosberg leads a kaleidoscopic-like musical life. With the Chicago Symphony Orchestra, he has appeared on numerous chamber music and new music concerts, and was a featured soloist in subscription performances of Messiaen’s “Trois Petites Liturgies.” For which, John von Rhein in the Chicago Tribune wrote, “Daniel Schlosberg played the daunting piano part splendidly.” Moreover, Lawrence A. Johnson of the Chicago Classical Review regarded the performance as “a prominent, challenging piano part, played here with great fire and conviction by Daniel Schlosberg in a notable CSO debut.” Schlosberg is also a frequent pre-concert lecturer at the CSO and has adjudicated its young artist concerto competition. Schlosberg is featured on several recordings. His work is found with Stephen Andrew Taylor’s quartet on “Quark Shadows” (Albany Records), with members of the Pacifica Quartet and Chicago Symphony. He is a soloist in Dimitri Tymoczko’s Piano Concerto “Another Fantastic Voyage” with the Illinois Modern Ensemble (Bridge). Schlosberg also contributed to Augusta Read Thomas’s “Starlight Ribbons” (Nimbus Records, commissioned by Harvard’s Fromm Foundation)— his most extended solo piano work, for which he also performed the live premiere. His two solo albums, “Child’s Play” (Schumann, Lachenmann, Paert and Debussy) and “Gaul Me Maybe: French Baroque Keyboard Works” (Centaur) have garnered critical acclaim. Most recently, he appears on Lei Liang’s “Inkscape,” a quintet for piano and four percussionists, with Grammy-winning Third Coast Percussion (New World Records). www.danielschlosberg.com. 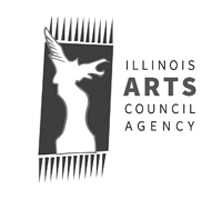