Though in person classes have temporarily stopped, the Academy is going strong with the help of its new virtual classes.

To register for classes or for up-to-date information on Academy offerings, visit www.heeyoungkim.net. 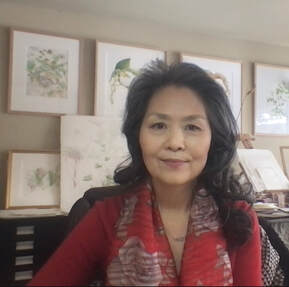 Known as ‘Wildflower Painter’, Kim paints and documents native plants in watercolor, graphite pencil and ink in a traditional/scientific way, yet with touch of modern edge with her keen sense of composition and mastery of the media she uses. Her numerous awards have proven her versatility in media. Her watercolors and graphite pencil drawing received 4 awards from New York International HSNY/ASBA (Horticultural Society of New York/American Society of Botanical Artists) including Best of Show (2012), RHS (Royal Horticultural Society London) Gold Medal (2012). Her three watercolors are included in Prince of Wales’s Transylvania Florilegium. She exhibited her ink illustrations at Margaret Flockton Award (2010, 2013), and 2 works in watercolor and ink at Hunt 13th International (2010). She had five solo exhibitions and exhibited in numerous international juried group exhibitions. Since its founding, HK Botanical Art Academy at Brushwood Center has become an incubator for the ancient art form in Chicago Metropolitan Area.